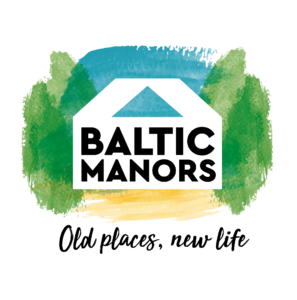 The Interreg Project „South Balitc Manors“ is a network with 14 partners from six countries around the South Baltic Region that startet in 2018. The partners cultural venues, museums or regional tourism associations from Lituania, Poland, Germany, Denmark and Sweden. They are working on a brand and communications concept as well as on tours for individual travellers or groups.

The core of the concept is to tell all the stories behind historic bricks and bring them to live in a modern wasy The fascinating stories of new pioneers who are bringing life to this heritage   reviving the tourism in rural areas and reinforcing individual and regional travelling, hit the nerve with slowliving and the renaissance of country life.

So there are three main results from this colaboration about manorial history in the Baltic region.

An international exhibition will inform about different aspects of manor heritage to awaken their curiosity. It consists of seven history showcases in five countries – which will be marked with so-called outdoor musuem cubes

A storyblog, provided in English, tells intriguing background stories from manor houses, their owners and the regions – who are the owners these days and what is their vision 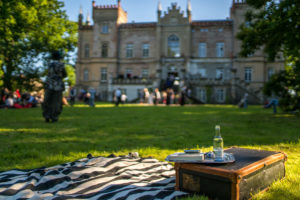 This year it was planned to have a Baltic Manors Festival in seven Regions along the South Baltic Coast in all seven countries in the project. Since only in Germany and Sweden it is allowed to have the festival of Baltic Manors Culture in real, there was an online-stream with live interviews and videos. The stream was sent on 21. of June, directly from the „MittsommerRemise“, the German origin festival in Western Pomerania.

The second date for the Baltic Manors Online Festival is 9th of August, when the Swedish region of Skåne is celebrating their Baltic Manors Festival.

You stil may watch the  Baltic Manors Online Festival on Youtube: https://youtu.be/o_ueSlvKDyw