Research project War in Arcadia, about Dutch castles and country houses in WWII 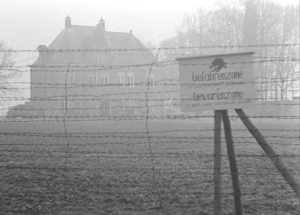 In 2021 heritage organisation Gelders Genootschap and the Dutch Castle Foundation started a national research project on Dutch castles, country houses and estates in World War II: War in Arcadia, 1940-1945. The picturesque landscape, created by noblemen, regents and other country house owners, was viewed as Arcadia, as Paradise on earth. But from May 1940 to the liberation in 1945 this picturesque landscape, this Arcadia, was the background of the Second World War. For the Netherlands at least, little is known about the impact on country houses and their owners. In what way were ‘arcadian’ landscapes and country houses affected by the war? Were country houses confiscated and to what purposes? In this research project we look at the history (what happened then?) and the heritage (how do we deal with it now?) of War in Arcadia.

Castles and country houses proved to be of great interest for both occupying and liberating military troops, as it concerned large buildings in wide landscapes, with good infrastructure and valuable sources (as arable land and forests) close by. As such, country houses and estate landscapes played a remarkable role during the course of World War II. To get a national overview we have created databases with information on confiscation, damage, destruction, collaboration, resistance, refugees, looting and much more that occurred at Dutch castles, country houses and estates. We now know that over 300 castles and country houses were confiscated by military forces from both sides, and that numerous estates were used for public uses as orphanages, hospitals, storage for archives and museums, housing refugees, and schools. So far, over 1200 estates with war related events have been registered for the whole of the Netherlands. 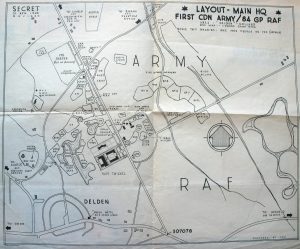 This national, historical research uses an interdisciplinary approach with substantive attention to the impact that the war had on buildings, residents, the landscape and the community around it. We base ourselves on a great diversity of sources, telling the national history of Dutch country houses in WWII for the first time, while at the same time paying attention to the local stories of daily life, using family archives and oral history. We also look at which traces of the war are still present today and how the stories associated with this history can be told and shared. Together with current owners, governments and local historical societies, we want to discuss the tangible and intangible war heritage of castles, country estates and estates. How do we show the story of the Second World War on country estates and estates? How do we deal with this culture of remembrance and with the physical war heritage on estates?

We hope that Encounter members can help us with a certain aspect of War in Arcadia, namely the presence of foreign military troops at Dutch castles, country houses and estates in 1940-1945. To get a better understanding of the various perspectives of both occupying German troops and liberating allied troops, we are looking for witness accounts, war diaries and pictures of German, British, Canadian and American soldiers and officers. If you have interesting information, tips or other ideas, or if you know people who can contribute to our investigation such as (descendants of) eyewitnesses, we would like to hear from you. 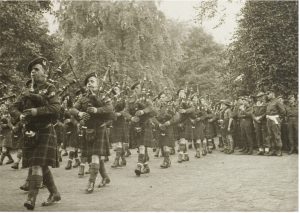