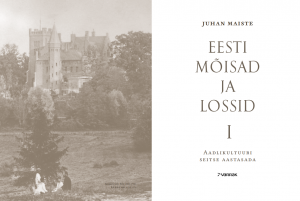 s on Estonian castles and manor houses, which will be summing-up the current state of research on the topic.

The book takes its readers on a retrospective journey full of longing for a world that no longer exists: As stated in the introduction on the cover of the book; “In order to understand how manors were born, changed, grew and finally disappeared, it is useful to start from the beginning. To ask what the manor is and who was the person who, according to the score written in a distant past, made the landscape more beautiful, adding more and more new shades and halftones, which even when the surrounding noble culture had lost the ability to speak, continued in a minor tune.” 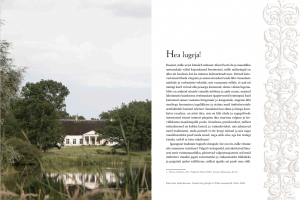 Spread from the book with illustration of Käravete Manor

The author has divided the book into parts and these in turn into chapters; starting with the idea of ​​the manor and manor life, manor architecture is examined by historical periods from its earliest formations to its demise and tragic end and rebirth in the 20th century. Overviews from different eras are followed by descriptions of individual manors, which combine different pieces of the mosaic into a whole, opening small themes next to big ones, microcosms next to the macrocosm.

Check out the book here: https://rahvaraamat.ee/