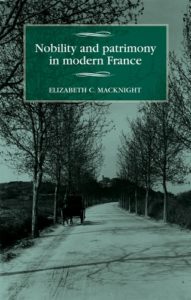 This study of tangible and intangible cultural heritage explains the significance of nobles’ conservationist traditions for public engagement with the history of France. During the French Revolution nobles’ property was seized, destroyed, or sold off by the nation. State intervention during the nineteenth century meant historic monuments became protected under law in the public interest. The Journées du Patrimoine, created in 1984 by the French Ministry for Culture, became a Europe-wide calendar event in 1991. Each year millions of French and international visitors enter residences and museums to admire France’s aristocratic cultural heritage. Drawing on archival evidence from across the country, the book presents a compelling account of power, interest and emotion in family dynamics and nobles’ relations with rural and urban communities.