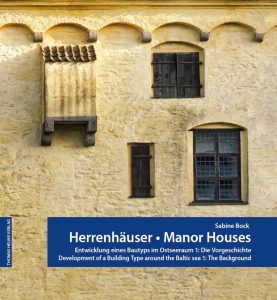 For nearly three decades the author have occupied herself with the manor houses in the Baltic Sea Region. Regardless of the actual use, regardless of whether they are in the kingdoms of Denmark, Norway or Sweden or in the republics of Germany, Finland, Russia, Estonia, Latvia, Lithuania or Poland, and regardless of which political camp they belonged to between 1918/1945 and 1990, they are all part of one historical cultural landscape. They are architectural testimonies to the manorial economy (Gutswirtschaft) that has dominated the Baltic Sea Region for centuries. In the context of the general history of the Baltic Sea Region and its agricultural system, the ideal-typical appearance of the manor houses is to be reconstructed in this typology in several time sections. Not individual houses are presented, but representative collages of different house details of all regions of the Baltic Sea Region and its hinterland.

All those who, for various reasons, whether as owner, resident, restorer, architect or visitor, with a manor house or are occupied generally interested in it, should be able to assign individual phenomena, components and forms, furnishings or room types to a stage of development. However, building occasions and individual connections between the builder and the chosen building form, dependencies on leading buildings and connections between the manor houses and simultaneous sacral and urban secular buildings are also to be shown. In the first volume presented now, the late medieval knights’ residences – tower houses/Wohntürme and halls/Saalbauten – are first presented as a kind of “prenatal” preliminary stage of the manor house. 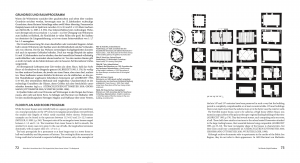